Outside my window there are birds of all shapes and sizes, from the dangly-throated Tui to the tiny flitting fantail to the enormous wood pigeon that flew into my window in the midst of a gusty Wellington autumn storm. I was tucked into my questionnaires when, hearing a tremendous whack, I looked up from my data points to see the white chest of this beautiful bird plastered to the windowpane, then the body sliding  to the ground, then the shaking of his or her beak in disbelief. A few minutes later, the bird was back in a cabbage tree, though it sat there for most of the afternoon.

This post isn’t really about the wood pigeon. It’s not really about wekas, either, or any bird in particular. It’s more about  chasing something that you think is one thing, only to find out it’s another, and maybe what you were chasing all along isn’t what you needed to find. Which all sounds a bit mystical and circles me back to the weka, which for the moment I will call a kiwi. Try to keep all that straight.

I’ve been on a lot of bird tours recently, and the #1 bird on everyone’s lifetime bird list is the kiwi. New Zealand does a magnificent job protecting its birds, which is great because quite a few of them either became extinct or neared extinction once mammals were introduced to the islands. Prior to the arrival of possums, stoats, weasels, rats, and us, birds here had the run of the place.  Because they lived here for thousands of years before the mammalian incursion, they evolved to do most of their running on the ground. The ground, or close to it, is also where a lot of nests and young ended up, which wasn’t a problem until the mammals showed up. Then, being a flightless ground bird with a clutch of defenseless hatchlings quickly became a big problem. Without aggressive kiwi protection and predator elimination, the rapid decline of the kiwi would have continued. Both the bird and its sighting are rare, also because kiwis come out at night, and when they do, they tend to spend their evenings rustling around in the underbrush, not showing off for tourists.

Which leads me to my weka. Before my numerous trips to bird sanctuaries, I climbed a hill in Picton, and on the way down, I was convinced that I had spotted the only daytime kiwi in the area, and I stealthily tracked him with my phone camera pointed into the underbrush. I was rewarded with several shots of a bird’s bill and a collection of mosquito bites, but I was certain that I had been blessed with a sighting of what others had spent their lives hoping to see. I even pulled two unsuspecting trampers over to see the bird, after which they nodded politely, but didn’t seem to share my excitement. Their bland response should have been my first clue, but I was convinced that I was on to something.

I did more research. I talked to people. I asked questions. I Googled. By the end of the day, I knew that my bird was a weka. Not nearly as exciting as a kiwi spotting, but still an awesome bird. And all that weka work taught me a ton of stuff about the bird I thought I was tracking and the bird I was actually tracking. So, at this point, I was two birds into it, ready to learn more about all the birds, not just the rare and unusual. Now, when I hear the calls outside my window in the morning, sometimes I can identify who is singing, though I still make simple errors, like mixing up the pukeko and the variegated oyster catcher. Silly me.

Although this post might lead you to believe that I’ve changed my research agenda to flightless birds, in fact I’m going to hit you with another analogy. I came here thinking that I had a pretty good idea about what I wanted to study. I followed this idea through the underbrush for a long time, thinking that I knew a lot about teaching history, about indigenous voice, about how we address the hard truths of a colonial past and make these relevant for students today. This was my kiwi, what I thought I knew, what I wanted to go after. But my ideas about what I should be studying and how I should be thinking about my work have changed and shifted into something much broader and in some ways more accessible. The foundational story that I have focused so closely on here is only one part of larger questions around how teaching children to understand and think through difficult and controversial issues. One outcome of this type of teaching is that we are shaping  better people, members of society who understand where we come from and what we carry with us. Discussing inequalities in the classroom gives us space us to disagree, discuss, and move forward with empathy and a continuing ability to talk through our differences and disagreements.

I came here looking for specifics, to answer my questions about what it takes to weave indigenous perspectives into history teaching. From this launching point, I’ve moved into a much broader study of what it means for a society and its educational system to fully embrace all elements of the past, why this is hard but essential, and what it can lead to when we don’t. I can’t say that I know how my new understandings and continuing questions will play out when I focus on further analysis and dissemination, or how my work might change when I return to the classroom, but the questions that I am asking now are deeper and richer than the ones I showed up with. I will always be grateful for the generous amounts of time to think and discover that Fulbright has granted me to be in this learning space.

So, while I thought I was here for the kiwi, it turns out I might have been chasing a weka the whole time. Regardless of which bird I’ve been after, I’ve learned a lot along the way.  I should end by saying that the weka has turned out to be my favorite New Zealand bird. But it hasn’t. While it may not the brightest bird in the backyard, I’m still partial to the wood pigeon.

Susannah teaches language arts at Cape Cod Lighthouse Public Charter School. After deep dives into the study of Native American histories in New England, she received a Fulbright Distinguished Award in Teaching to travel to New Zealand in 2019 to study the teaching of difficult history and colonization in New Zealand's schools, with a focus on the experiences of Māori students. She is currently working on projects centered on indigenous knowledge and agriculture. Susannah holds degrees from Colby College and the University of South Carolina and is a National Geographic Certified Educator, an NEH Summer Scholar, and a lifelong Cape Codder. View all posts by susannahremillard4244

Views of Susannah Remillard are expressed on this site and do not represent the Fulbright Program or the Department of State. 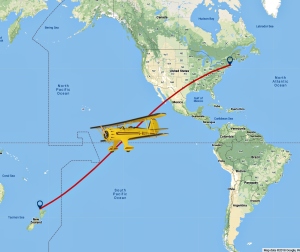